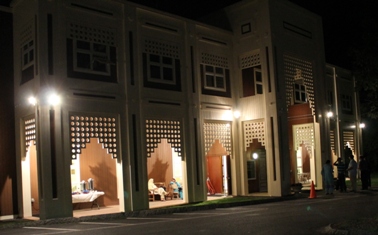 A brief Understanding of Islam and Muslims

Islam and Muslims
Islam is an Arabic word which means peace and submission. As a religion, Islam calls for complete acceptance of the teachings and guidance of God. A Muslim is one who freely and willingly accepts the supreme power of God and strives to organize his or her life in total accord with the teachings of God. He or she also works for building social institutions that reflect the guidance of God.

Continuity of the Message
Islam is not a new religion. It is, in essence, the same message and guidance which God revealed to all His messengers and prophets beginning with Adam and Noah, Abraham, Ishmael, Isaac, Moses, John the Baptist, Jesus, and the Last Messenger Muhammad.

Do Islam and Christianity have different origins?
No. Together with Judaism, they go back to the Prophet and Patriarch Abraham, and their three prophets are directly descended from his sons - Muhammad from the eldest, Ishmael, and Moses and Jesus from Isaac. Muslims, Christians and Jews have much in common. All worship One God, Creator of the universe. "Allah" is the Arabic name for God. Jews and Christians are referred to as the "People of the Book" in the Quran.

How do Muslims View Jesus and Mary?
Muslims respect and revere Jesus and consider him one of the greatest of Gods Messengers to humanity. The Quran confirms his miraculous birth. There is a chapter in the Quran entitled "Mary." She has been given the highest honor in the women of all nations.

Who is Muhammad?
Muhammad was the Last Messenger of God, sent to complete the religion of Abraham. He was born in Makkah, Saudi Arabia, in the year 570, during the period of history Europeans call the Middle Ages. Though revered as the Last Messenger, Muhammad is not worshipped. As he grew up, Muhammad became known for his truthfulness, generosity and sincerity, earning the title of "The Trustworthy One."
At the age of 40, he received the first revelation from God through Angel Gabriel. As soon as he began to preach the revealed message, to believe in the One God, he and his small group of followers suffered bitter persecution, which grew so fierce that in the year 622 God gave them the command to immigrate from Makkah to the city of Madina.
After several years, Prophet Muhammad and his followers returned to Makkah, forgave their enemies, and established Islam definitively. Before he died at the age of 63, the greater part of Arabia was Muslim, and within a century of his death Islam had spread to Sprain in the West and as far East as China.

What is the Koran (Qur'an)?
The Quran is the last revealed Book of God. It is a record of the exact words revealed by God through Angel Gabriel to Prophet Muhammad over a period of twenty-three years. The Prophet did not know how to read or write. When the Angel brought the revelations, he memorized them, then dictated to his companions, and were written down by scribes. Not one word of its 114 chapters has been changed over the centuries, so that the Quran is in every detail the unique and miraculous text which was revealed to Prophet Muhammad fourteen centuries ago, between 610 and 632 Common Era. The Quran is the heart and soul of Islam. It provides guidelines for a just society, proper human conduct and an equitable economic system. For scientific information in the Quran on the human embryo, the universe, and other topics, visit www.Islam-brief-guide.org

What is the Kaaba?
Muslims believe the Kaaba is the first place of worship. Abraham and Ishmael were commanded by God to build the Kaaba over 4,000 years ago. It is situated inside the compound of the Sacred Mosque in the city of Makkah, Saudi Arabia. Because of its unique significance as the First House of Worship, Islam prescribes that Muslims face the direction of the Kaaba whenever they pray. Turning toward the Kaaba in worship symbolizes unity as one community worshipping the One God.

What are the five pillars of Islam?
There are five acts of worship that provide the framework of Muslim spiritual life.