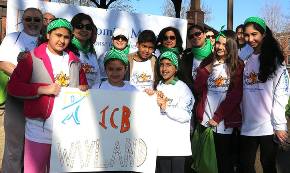 As a support congregation, ICB Sunday School students, under supervision of their teachers, help the host congregations prepare for the arrival and departure arrangements of the homeless families. ICB parents and other adult volunteers help at dinners for these families, by preparing and serving meals. ICB members also participate in an annual FPM Walkathon, intended for fundraising as well as raising awareness to Fight Away Homelessness.